People frequently think that all we do is basic application work and sometimes that is the case (pun intended).  But!  What really gets us excited is actual toe-to-toe contests with Canadian Immigration.  The people at the CIC are very knowledgeable and competent individuals but have you ever seen the IRPA manual?  This is one incredibly thick (10cm) manual and there is no way they can know every rule for every situation and so, as frequently happens, it becomes a matter of who has a better grasp of Immigration rules: Professor Daniel Won, professor of Immigration Law or the well meaning CIC officer.  Let’s take a look at a typical case.

Our client, a US citizen and well known instructor of a specialized form of Yoga, has been contracted by a Vancouver Yoga institution to come to Canada and instruct fellow Yoga instructors in how to actually teach this very specialized form of Yoga.  The contract requires him to come to Vancouver from the US for a little less than a week every other month until November of this year.  Seems pretty straightforward, yes?  We prepare the documents and send them off to the client and he hops a flight to Vancouver prior to his first class.  Upon arriving at the border, he presents his documents to the Immigration officer and the officer says “Whoa!  Just wait one minute.  You can’t enter Canada without the Yoga studio applying and receiving a positive LMO first.  Turn around and go back home.”  Oh no!  The client is frustrated after flying here and being sent back and the Yoga studio is sitting here with a forlorn group of potential students who have paid handsomely for the pleasure of working with this renowned instructor.

The distraught Yoga studio tells Professor Won “This is a disaster.  What do we do?”

Professor Won dumbfounded says, “Wait one minute!  This is a wrong decision from the CBSA officer.  According to IRPA Section 5.29, R205(a), C10 : Canadian Interest – Cultural and Economic benefits, the work permit should have been granted without the need of an LMO”.  Professor Won tells the head of the Yoga studio let’s bring the Instructor back up to the border and you and I will go to the border only this time we will do the instructing. 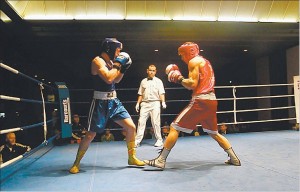 Professor Won, the head of the Yoga Studio and the prospective Instructor arrive at the Peace Arch for a second round.  Enter Professor Won who proceeds to tell the CBSA officer why the original decision was a mistake.  It’s a well-known fact that CBSA officers do not generally believe that they make mistakes.  A toe-to-toe discussion between Professor Won and the CBSA officer ensues with Professor Won over the next 2 hours quotes chapter and verse directly from the 10cm thick IRPA manual.  It was an exercise in instructorial brilliance.  Over the course of two hours, the discussion developed an audience of CBSA officers (probably rooting, good naturedly of course, for their side).  Finally, the CBSA officer admitted to Professor Won that he was probably correct.

Final outcome:  Work Permit granted at the border.  Everybody is happy.

And you thought Immigration work was boring….and it can be for everyone except for the rare few who know the law so well that they have the confidence to go toe to toe with CIC armed only with their extensive understanding of Immigration law.

Btw……Professor Won never once had to open his 10cm IRPA manual to prove his point…..he quoted it all from memory.