Sponsorship immigration application belongs to the family class. To immigrate to Canada under the Family Class, an individual must be sponsored by a close relative living in Canada as a permanent resident or a Canadian citizen. This is known as Family Class Sponsorship.

A Canadian citizen or a permanent resident can sponsor relatives or family members residing abroad if those relatives are:

They may also sponsor one relative of any age if they do not have an aunt, uncle or family member from the list above who they could sponsor or who is already a Canadian citizen, Indian or permanent resident.

A son or daughter is considered dependent with regard to immigration when the child:

In some cases, a Canadian citizen or a permanent resident may sponsor a spouse or common-law partner who is already living with them in Canada.

The last requirement is to demonstrate that the sponsor will be able to ensure their relatives’ basic requirements of everyday living.

To sponsor a relative or family member, a Canadian citizen or permanent resident must sign a legal contract with the Minister of Citizenship and Immigration that is called Undertaking. Sponsor must also sign a Sponsorship Agreement with their relative that outlines their mutual commitments to each other.

Family Class applicants are not assessed by the point system. They, however, have still to prove to the visa officer that they meet Canada’s health and security standards. Family Class Members and their dependents will need to undergo a medical examination and provide a police certificate for every country they have lived in more than six months. They may be called to interview with a visa officer.

The Sponsorship application consists of 3 parts, and we strongly recommand consultation with our professional immigration consultant in advance. 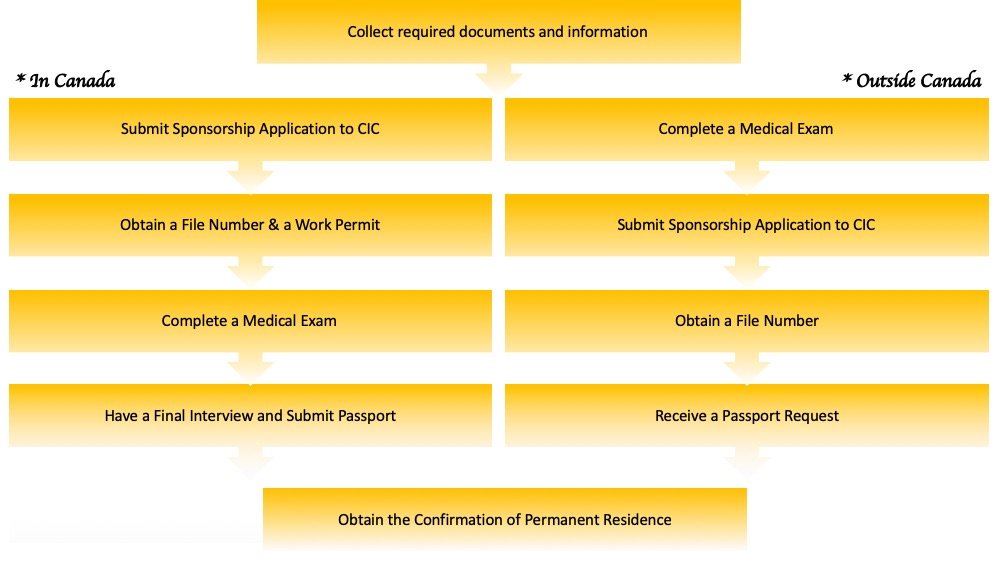